Or contact Kelly directly at kburkeworks@gmail.com. Delivery in Twin Cities area. Otherwise $25 plus postage (about $10).

NEWS: “States of Being II: Diverse,” painting is at the U.S. Embassy of Croatia, in Zagreb, March 2018-present
Webpage on the U.S. State Department’s Art in Embassies Program: https://art.state.gov/personnel/kelly_burke/ 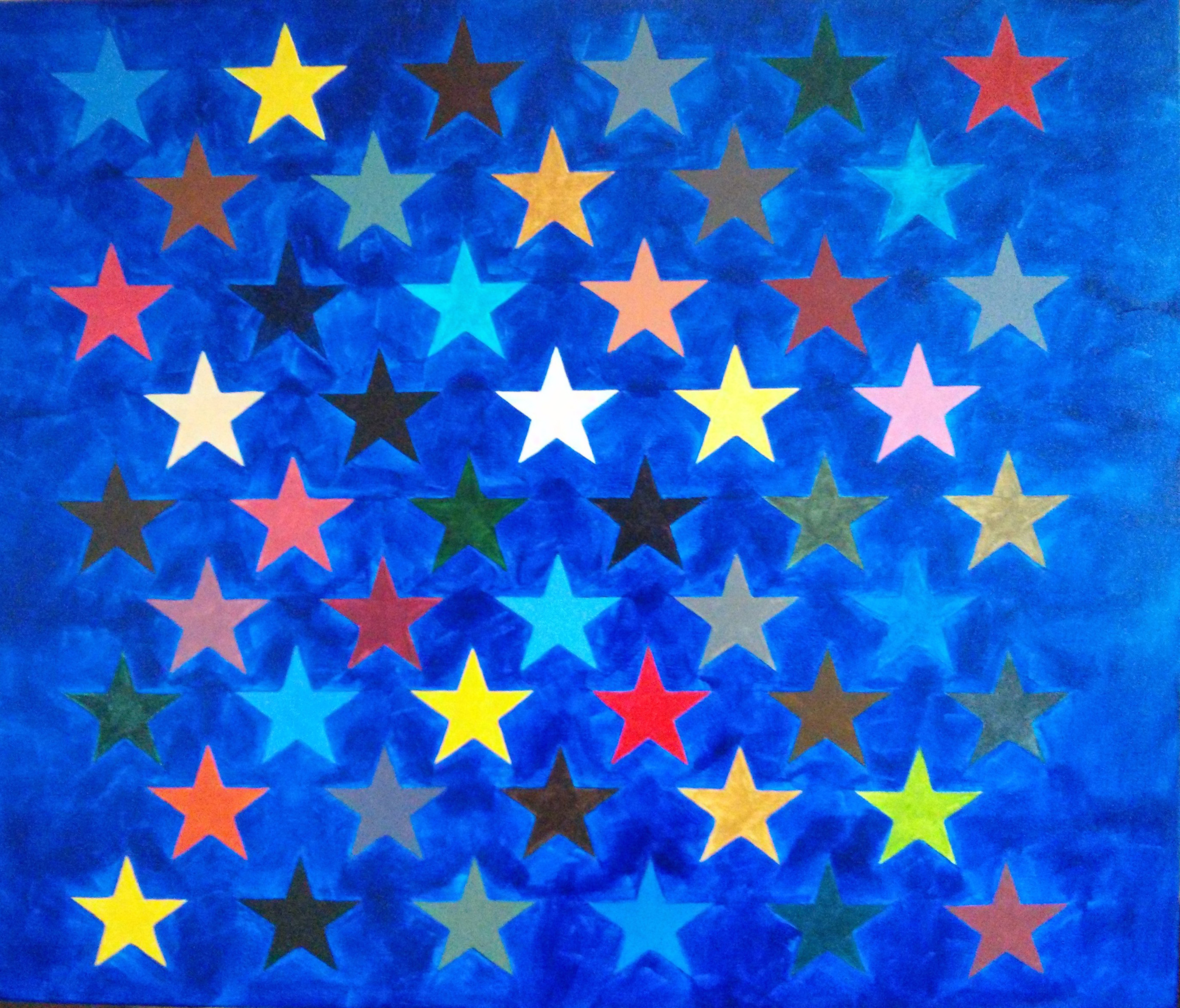 Kelly Burke has had a lifetime of painting and carpentry experience. She discovered the world of art while living abroad one year in Germany. She now enjoys painting on smaller surfaces like canvas and paper. She often makes her own frames and stretches her own canvases to better craft the size and material that best suits her paintings. Her political-conceptual artwork deals with major issues of our day related to social justice and racial injustice. The Reimagined American Flag series is an artistic intervention to change the American psyche for humanity’s sake one flag, one person, and one conversation at a time. The nine pieces in the “States of Being “series visually push the potential meanings of the 50 stars/states of the US flag at both the national level and the level of individual identity and consciousness. The Daily Issue series tackles US problems one reads about on the front pages of our newspapers every day from a visually symbolic perspective intended to spark conversation. Using materials from oil and acrylic paints to charcoals, pastels, and oil bars, she also captures animals with great empathy and explores the world of abstract expressionism.

Please contact Kelly to request more information about exhibiting any of her artwork. You can email directly at kburkeworks@gmail.com or find her on Facebook.

A portrait of your favorite pet or animal may also be commissioned. Please feel free to discuss the range of possible mediums most appropriate for the animal portrait you are considering and may wish to commission. Kelly also donates 10% of the sale price of all her animal paintings to support the Baltimore Animal Rescue and Care Shelter (BARCS): http://baltimoreanimalshelter.org/